The Wolf is Dead, Long Live the Wolf

If you've arrived here via http://www.darkewolf.com, you should update your links. The blog that was hosted there has been offline for four years now. I think after 18 years that it's finally time to retire my online moniker of "DARKeWOLF" from official use.

The nickname dates back to my days of playing Quake II online and hanging out on IRC. At first I used the nick "darkwolf" on efnet but after frequent nick collisions with another imposter darkwolf I decided to make a name change. We came up with a long list of options but adding the "e" did the trick. "DEW" makes a great set of initials for bowling and DARKeWOLF looks pretty bad-ass on a LaserTron ID card. There are still lots of other folks using the nickname online, but they aren't me.

I bet you're interested to know what the "e" stands for; excellent, extraordinary, exemplary, enlightened, earnest, educated, enthusiastic, Eric!

I'll keep registering the domain and pointing it here. It's already been mine for 11 years, might as well keep it. Of course I still reserve the right to use it when naming characters in video games. 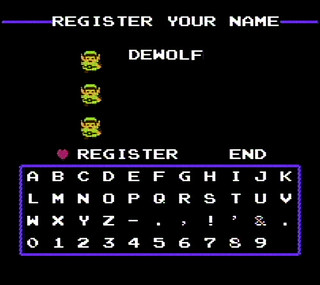