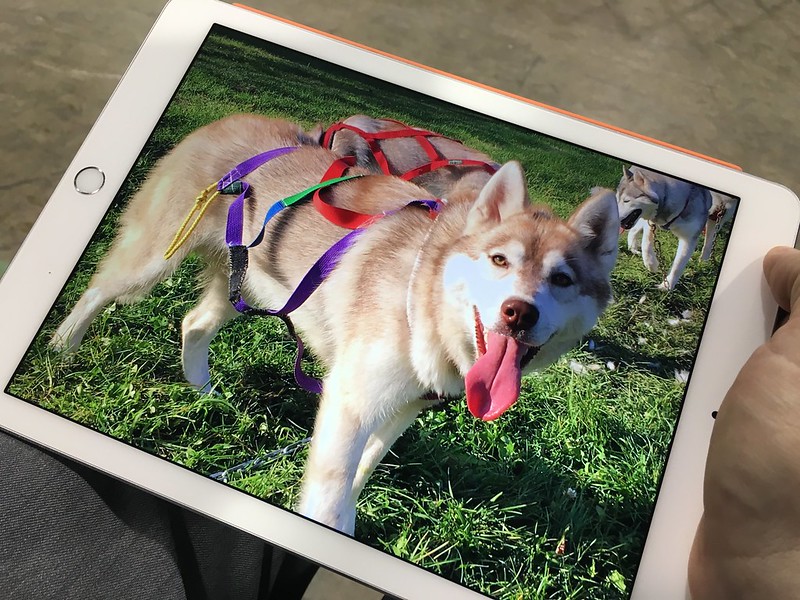 My first Macintosh computer was an LCII with a 12” Color Monitor. It was fine until programs like Painter required a 13” monitor or larger.

Now, 22 years later I’m about to see if I can use a 9.7” tablet as my full-time computer. With the exception of needing to use Xcode to work on Mushometer, I think I can do it.

I've spent the last two weeks using the iPad Pro as my primary computer. My MacBook Pro is on its stand in the office, and I'm occasionally connecting to it (via the iPad) to do some obtuse things. It also retrieves files from Dropbox and iCloud Drive when I need to store them on the local network. Automator folder actions are your friend for that type of thing. Workflow is really making this transition a lot easier and a lot of fun. The app allows you to write custom actions that link together apps on iOS. It's really powerful and can save you a lot of time and frustration.

I held off on ordering the Smart Keyboard to see if another manufacturer makes something with a less cramped key layout. In the week or so that I've had the iPad Pro, I've really adjusted to typing on the onscreen keyboard. I don't think I can write code on it, but by putting a bit of trust in the autocorrect I can type at a pretty good rate. In fact this entire post is being typed in Editorial using the on-screen keyboard. I had the chance to play a bit with the 9.7" iPad Pro keyboard cover. It feels really nice but it's lacking the extra function keys found on most other tablet keyboards. If I do go the Bluetooth keyboard route, I'm looking at the Logitech keys to go. I think it might be perfect for me.

Before I could even publish this review I went ahead and ordered the Keys to Go. The biggest reason was that while I can type very well on the on-screen keyboard, it takes up too much screen real estate. I like the feel of the keys and it weighs almost nothing.

Wow. Being able to use two iPad apps side by side is a revelation. The feature was unveiled at WWDC last year but the iPad mini 2 is only capable of some rudimentary multitasking features so I never had a chance to use it until now. Being able to browse the web and take notes at the same time, or managing files in FileBrowser while skimming Twitter is fantastic. Its not all roses however. If you have many apps that support multitasking, the slide over app picker is a long scrolling list of icons. Its a nightmare to find an app if you haven't used it recently. A grid of icons with a search field at the top would work so much fetter. I think we'll see these changes in iOS 10. Fingers crossed.

The upgrade from iPad mini 2 to the iPad Pro is a huge leap in performance. Because my work iPad is an iPad 3, and I was accustomed to working with the mini 2 I really didn't realize how fast iPads have gotten. Apps launch fast, scrolling is always smooth and frame rates in games like Horizon Chase are stable. vroom vroom!

One of my major motivations for buying an iPad Pro was the Apple Pencil. I did a lot of drawing during my college years so I was itching to try getting back into it again. What better inspiration than some cool new tools? I've been doodling in Procreate. I have a long way to go before I'm going to be able to threaten the jobs of any of our tallented artists at Budge but I'm having a lot of fun. Retouching photos in Pixelmator using the Pencil is bliss.

A Sketch of Ember 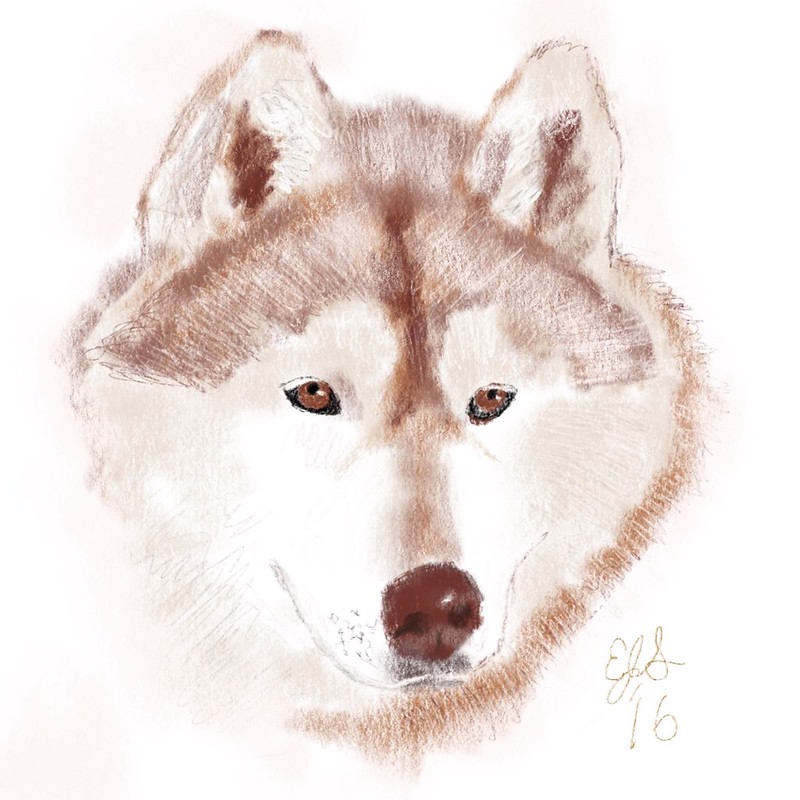 It wasn't until I started looking at photos on the iPad Pro screen that I really noticed the difference from my iPad mini 2. The mini may have a higher dpi but the Pro blows it away in color reproduction. For a bit more technical detail about what is so great in the new display read this Post by Craig Hockenberry. For more of a visible explanation check out this post from a photographer's perspective.

The "iPad Only" Challenge

With the arrival of the iPad Pro I'm going to see if I can make it my main computer. I've owned an iPad since the very first one and honestly I hardly every used them except if we were on vacation. The iPad and iPad apps have gotten a lot more useful now and I think that for most people the iPad makes a great computer. I feel a bit like I did when I made the switch from PC to Mac. I'm learning new ways to do things every day and it gets easier and easier. Tinkering is fun again. Since I'm about to start working on a new iPad app, I think that it will be really useful for me to know what is easy and what is difficult to do with iOS as a primary computing device. My hope is that it will help make me a better iOS developer.

Il you are interested to find out more about what the iPad can do, I'll be posting updates here, including workflows and tips about life with iPad. There are also some great podcasts I'd recommend If you want to learn even more.

You can find photos of the iPad Pro, Apple Pencil and Keys to Go are on my flickr. The iPad Pro Siberian Husky felt case was a custom order and comes from BotiqueID on etsy. Now my MacBook case has a little sister.

« Denali
Animals Inside Out »